A group of ten to fifteen people are standing on Paulista and Augusta Avenue under the rain, protected by umbrellas and rain coats, listening to a small Asian girl speaking loud and clear in English. Holding up a big, plastic map, she is explaining that the tour is happening in the rain, will last for about three hours and the crew will give suggestions for places to shop, eat and drink. She went on to ask everyone to pay attention to their valuables all the time, don’t flash money or expensive cameras on the sidewalk and try not separate from the group. Then she mentioned the tour being free of charge, but tips are expected. In this afternoon, there were two guides: Asian girl was going on the itinerary, and a tall, blonde girl carrying a notebook with names and contacts of the group.

It was a Free Walking group. Free Walking tours are easy to find in every big, touristic city, and uses local people to walk tourists around an area or attraction. The São Paulo Free Walking Tour started three years ago and had to go trough all the documentation process required by the city’s Secretary of Tourism. It’s a legal enterprise, with the correct credentials.

A Free Walking is in English (good for the gringo visitor); works on the “pay as you can” system (always in cash, straight to the guide); does not requires previous registration (just show up on time at the meeting points), and happens come rain or shine.

I followed my way inside Consolação station when the lady opened up a Brazil map and started to go trough the “this is the 5th biggest country in the world, with 26 different regions”. The group of tourists heard with interest, waiting to walk Paulista Avenue, eat pão de queijo and açaí.

São Free Walking Tour offers two rolês: Paulista Avenue (three hours, every Thursday and Sunday, 3:30 PM, meeting point at Paulista with Augusta, Jardins side, by the Consolação subway station entrance) and downtown (three and a half hours, every Monday, Wednesday and Saturday, 11:30 PM at República Square, by the Tourist Information stand). 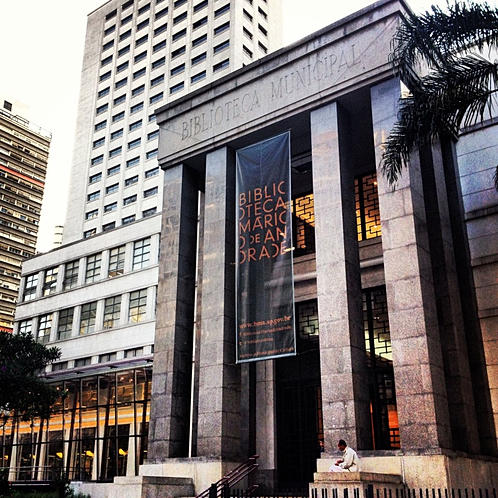 Check out these exclusive guides to explore better São Paulo, available on the Guidrr app.

Error: Access Token is not valid or has expired. Feed will not update.
This error message is only visible to WordPress admins